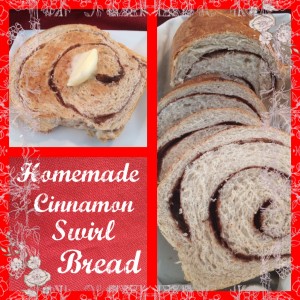 Short post today, I just wanted to share another recipe.  I apologize for not posting more often, but I think you will love this Bread Machine Recipe.

Who can resist Cinnamon Swirl Bread?  Even the kind you buy in the bread isle is good sometimes, but NOTHING compared to this homemade version.  You can make it into the most delicious french toast you have ever had or toss it in the toaster and slather it in butter.  This is one recipe for your bread maker that you will make over and over again.

Give it a try.